Where Do Your Clothes Come From? 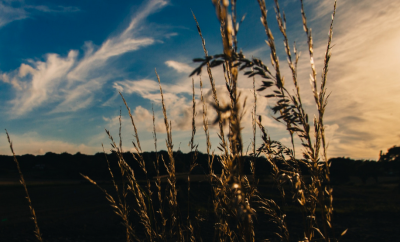 Lets begin with a little experiment: go to your wardrobe now, grab a few items at random and note down the countries mentioned on the label. Unless you’re heavily into custom-crafted suits made from Harris Tweed, my bet is that you’ll find a majority of labels citing the following destinations as their place of manufacture.

Nowadays China is the undisputed titan of clothing manufacture, leading the world with exports worth $154 billion US. This is a dramatic transformation from the nation’s position in 1980, when it stood in 8th place in the global apparel export charts with a trade worth only $42 billion US (as corrected for inflation).

China’s supremacy is driven by a large labour force whose skills power mega-factories to seemingly ever greater heights of productivity.

But industry experts suspect that China has all but reached peak clothing production. Per-unit costs are rising as the underlying standard of living improves, and in its vastness China presents a logistical challenge for distribution. Predictions are that large clothing companies will soon be sourcing their garments elsewhere.

Tailors in Hong Kong have long held semi-mythical status for their ability to run up couture garments with a ready-to-wear price tag. No wonder that the country’s manufacturing base has remained dominant since 1980. Hong Kong only ceded first place in the export league table to China in 1995, and more recently its market share was calculated at an impressive $24.5 billion.

Even though it is now administratively part of China, Hong Kong holds its own in the garment industry. As China’s production advantages lessen, Hong Kong’s manufacturers will no doubt still be doing what they’ve always done: providing high quality clothing at a reasonable cost and with a short turnaround time.

Although the fashion industry in the Veneto is legendary, Italy is a surprise entry in the world garment export leader table. It lies in third place behind Hong Kong, with exports worth $23 billion.

Unlike China, Italy’s share of the market has fallen over the past 35 years: in 1980 it was in second place, also behind Hong Kong. But given Italy’s moribund economy, the performance of its clothing sector is a minor miracle.

Ironically, this impressive achievement seems to have been secured by the hard work of Chinese immigrants. The Tuscan city of Prato, the country’s garment production hub, is apparently home to Europe’s largest concentration of Chinese-run businesses. If the fortunes of clothing production in China wane as predicted, perhaps Italy will take advantage of the emerging opportunities.

The supremacy of its garment industry has been an essential part of the Bangladeshi economic vision for a long time. In 2011, its clothing exports ranked as the fourth largest in the world, with a total value of $20 billion. This represents an astonishing improvement since 1980, when the country sat far down the export table at number 76.

However, recent high-profile industry tragedies such as the collapse of Rana Plaza and the fire at Tazreen Fashions, both clothing factories in Dhaka, could put the trade in peril. They’ve raised the profile of ethical clothing manufacture, and many companies have moved their production base to countries where certifying an ethical supply chain is a simpler proposition. This does not of course rule out the possibility of a renaissance in production for Bangladesh.

Does your wardrobe contain items made locally, or do you – like most people – own garments manufactured by the top four clothes-producing countries in the world? If you’re concerned with the ethics of manufacture, you may feel that this is an unwelcome trend. But ethical fashion commentators stress the complex nature of the issue: it’s not, they say, that particular countries can be tied to unethical practice, but rather the approach taken by individual factories.

If you want to support good manufacturing practice, wherever it’s based, find out whether the companies you buy clothing from guarantee an ethical chain of supply.

For more information on ethical garments, get in touch with us by calling 0800 072 5334 or contact us online.