When does ‘tacky’ cross over into ‘kitsch’?

There is no easy answer and is often a question of perspective and taste and the current media landscape which is helping us decide what is ironic or deadly serious.
An anecdote from my own life helps me to understand the problem. I once bought a small, flashing plastic effigy of Jesus from a taxi driver in Goa. He had it on his dash board and it reminded me of something from Baz Lurmans version of Romeo and Juliet, which had just been released. 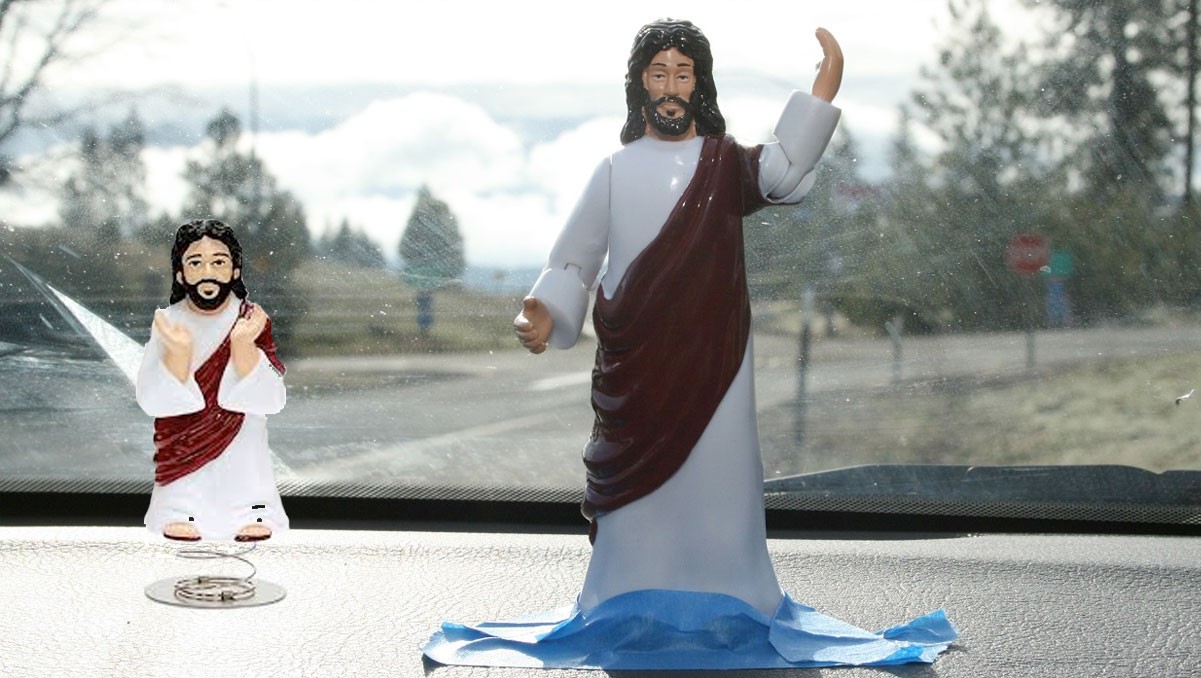 This was total religious kitsch to me, that had already proven itself to be ‘cool’ by the release of such a cool film and it only cost me 30 pence. To my girlfriend, it was just tacky! It was then that I realised our days as a couple were numbered.
There is a great looming opportunity on this year’s social calendar to embrace a little kitsch….an ‘objet de ce memoire’ to help cement 2018 into your life’s journal where the sale of memorabilia is going to be rife.
It’s the royal wedding darling and it’s going to be a total razz-up.
Harry loves to party in inappropriate costumes and this year he could well be sporting one of the already emerging T-shirt designs that carry the message of the happy day. 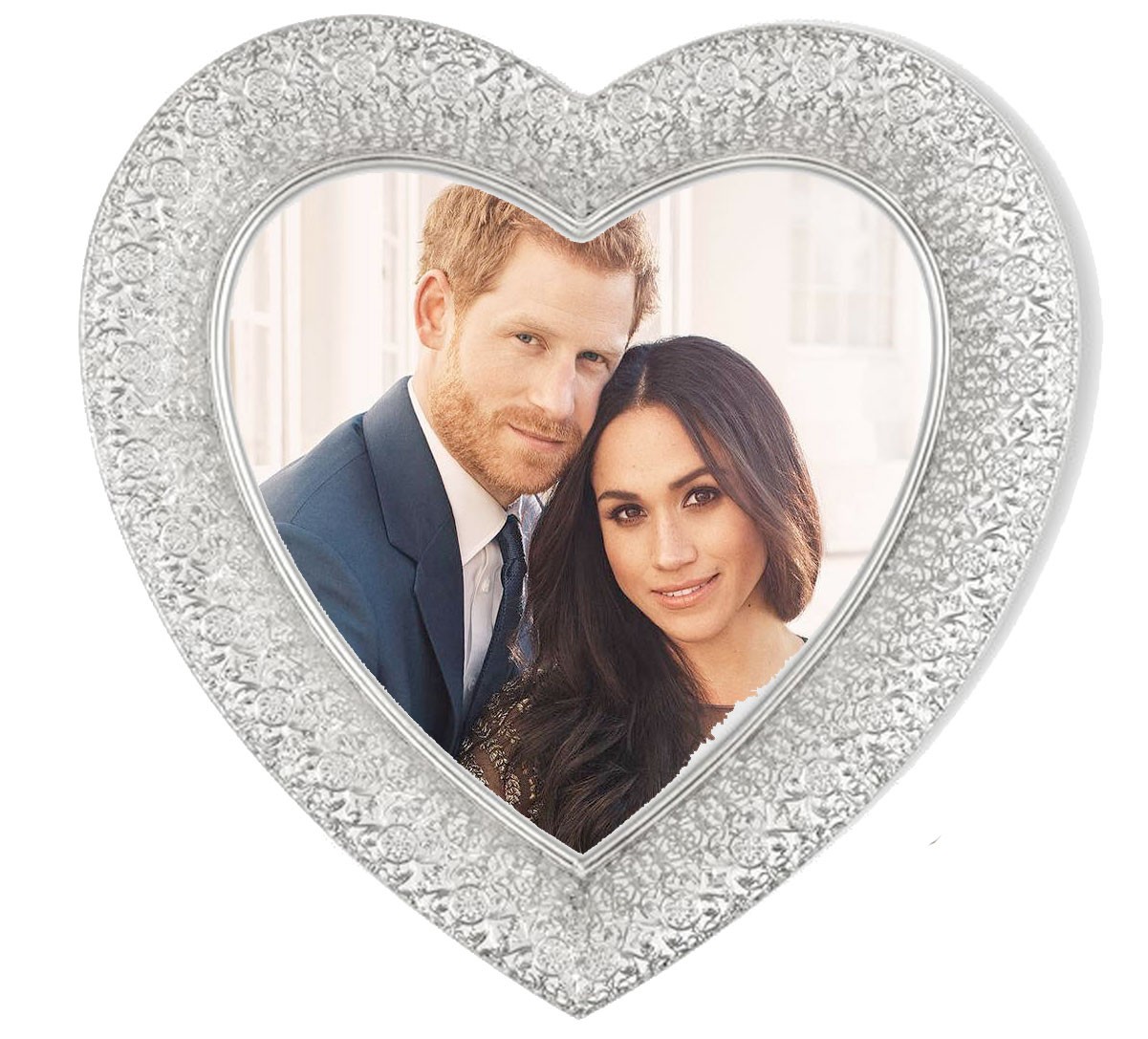 Harry was once a committed hell raiser. He is now no longer fuelled on anger and pent up Royal frustration, just about held in place by a gold braided ceremonial leash. He now comes across as a decent bloke, doing good work that is earthy and admirable. He would totally get the kitsch that his big day offers.
Meghan might also get it. She is a lovely looking American lady, so she is super in touch with her feelings and her various neurosis and has probably had therapy for something, been prescribed Adderall and has been coached to understand the Anglo Saxon(y) sense of humour.

This has all the makings of a beautiful coupling and we are super pumped to be helping them with their happy day with ‘who cares’ how much tax payers money.
Love comes in all shapes and sizes. From XS to XXL and just like a kitsch piece of clothing memorabilia, fits beautifully when it is first tried on…… but sadly and inevitably it starts to wear out, feel a little baggy and tired and then sure enough needs to be replaced by a newer model, all fresh with a new smell and soft to the touch. This usually takes about 7 years.
The answer to the question of when tacky become Kitsch, is that it is totally in the eye of the beholder. Be sure though, that it takes an aesthetic intelligence that is sophisticatedly in tune with the ridiculous and has no desire to pretend to be cool to be able to spot when something becomes kitsch. Your average onlooker will not get it, their aesthetic compass has been guided by a diet of Eastenders, Saturday afternoon football and………..fitting in.
Only you can decide and then be judged for your decision.
Let’s have a poll. 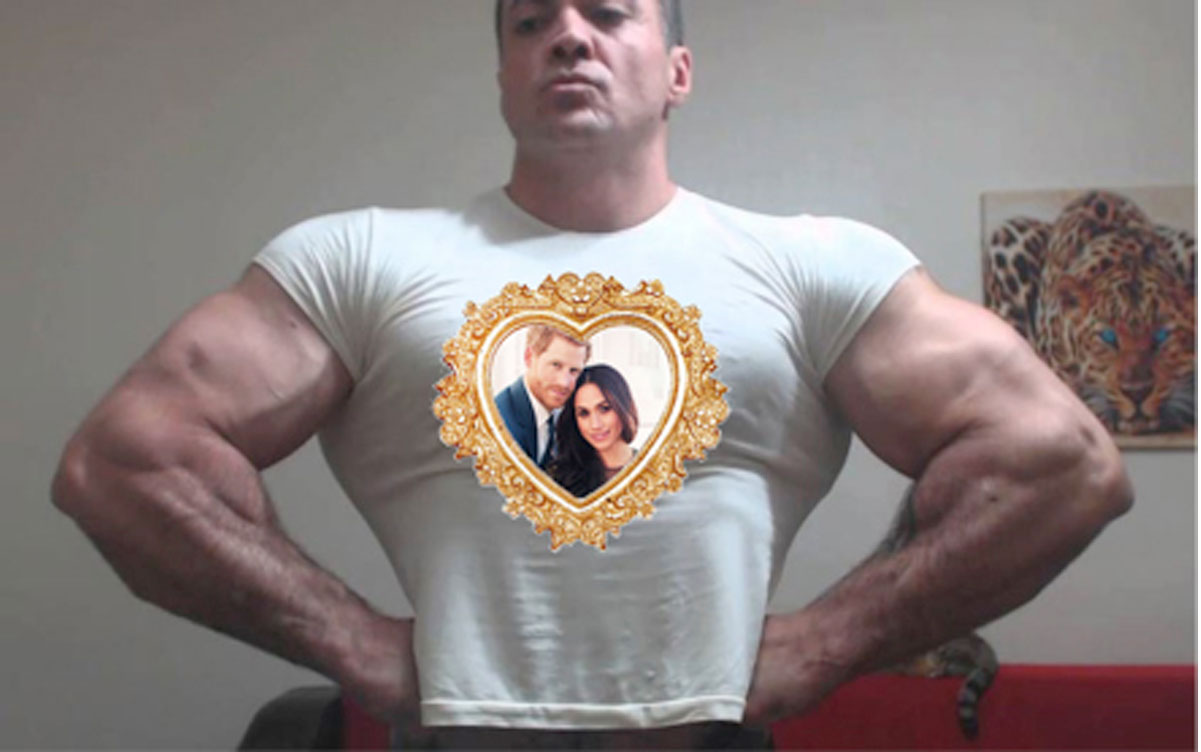 Is this tacky or is it Kitsch?
Answers in the comments below to win this fabulous picture on a T-shirt.
Do not say the ‘G’ word.
Winner picked at random.
Author: Arron Harnden
www.shirtworks.co.uk