Looking at Some of the Stranger Traditions on Campus 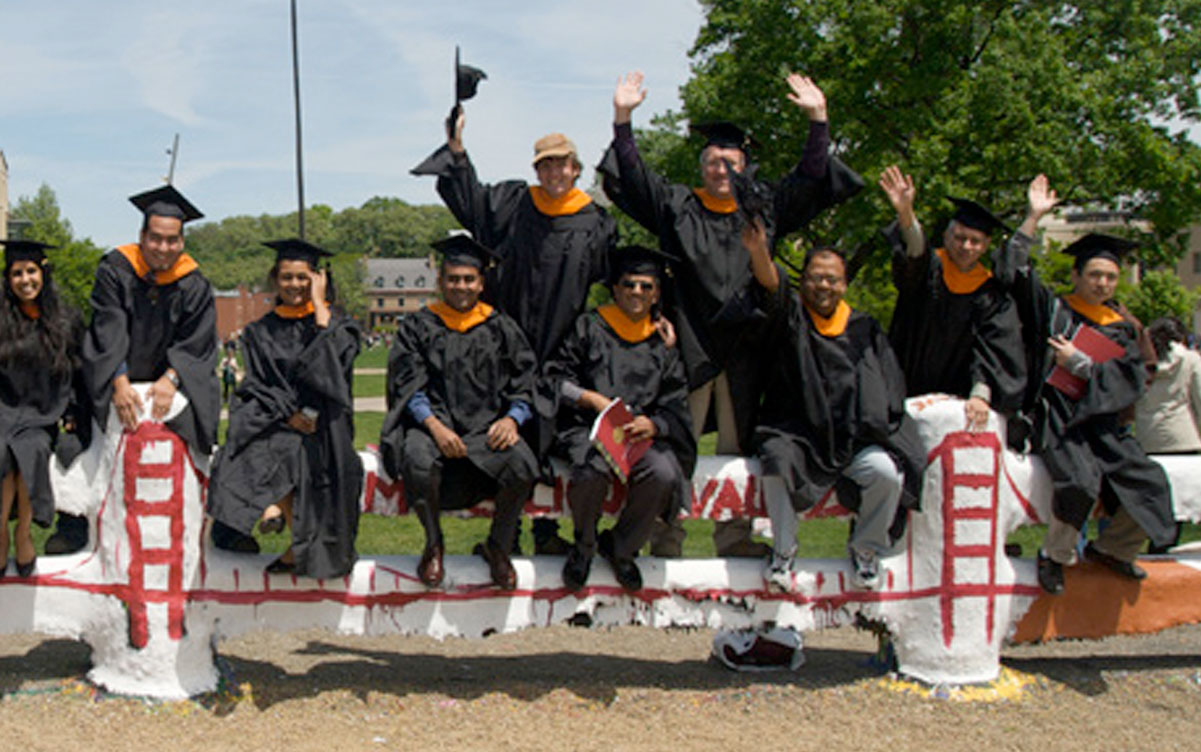 Going to university offers more to students than a degree.

University life brings with it a sense of community and camaraderie as students experience the trials and tribulations of university life together. They gain a shared sense of belonging at attending a venerable institution.

And sometimes they get more than they bargained for.

University culture has some weird and wonderful traditions that have been passed down over the years. Here are some of the most bizarre university (or college) traditions from around the world.

As the oldest university in the English-speaking world, it’s only natural that Oxford is home to many bizarre traditions throughout its many colleges, but the Time Ceremony held at Merton College really takes the biscuit.

In the early hours of the morning on the last Sunday in October, students arise at the crack of down to walk backwards around the Fellowes Quad, quaffing port. Why? Well, to maintain the space-time continuum as the UK switches from British Summer Time to Greenwich Mean Time, obviously…

Carnegie Mellon University, Pittsburgh has a low concrete fence in the middle of campus that can be painted over by any student, as long as they can paint the entire fence using only a paintbrush between midnight and sunrise.

The original wooden fence, noted in the Guinness Book of Records as the most painted object in the world, collapsed in 1993 under the sheer weight of paint, to be replaced by the current concrete version – wonder how long this will last. 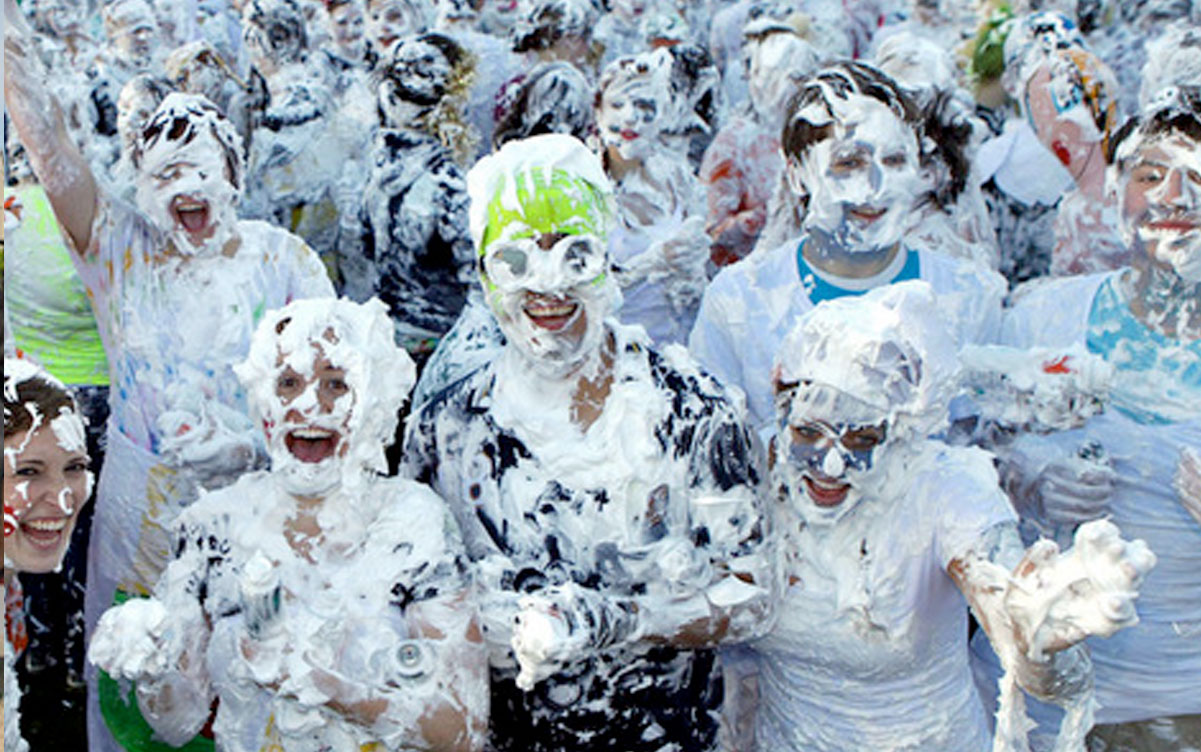 According to tradition, third year students at St Andrews adopt first years at the start of term, becoming their respective mothers and fathers. In the second weekend in November, all hell breaks loose as a two-day period of mayhem ensues.

‘Mothers’ host a raisin tea party and offer a raisin necklace to the outrageously dressed freshers, while ‘fathers’ offer a ‘receipt’ item for a bottle of wine, which essentially involves the freshers being laden with alcohol before congregating in the quad to have a large foam fight.

Streak at the Homer Statue, University of Virginia

As you may expect, there are a number of traditions around the world that involve student nudity, but one of the craziest takes place annually at the University of Virginia.

Before graduation, students must strip off and dash down the Rotunda steps, across a 740-foot lawn, either kiss or slap the bum of the statue of Homer, then run back to the Rotunda.

This wacky tradition is not endorsed by the University, so streakers risk being caught by campus police – but banning something is the best way to ensure its survival on a university campus! 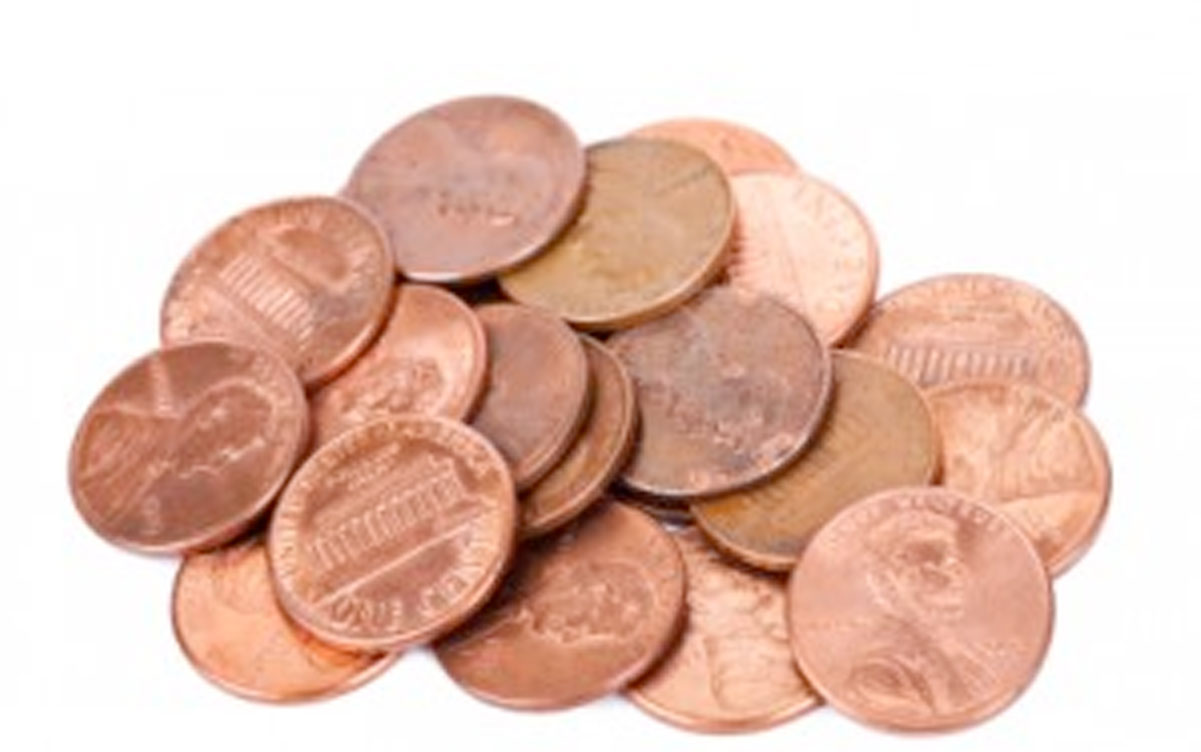 Most students have, at some time in their lives, been involved in drinking games, but the strange tradition of pennying at Oxford is one of the most bizarre drinking games around. Invented by Oxford dons and students in the 14th century, the goal of the game is to slip a penny into somebody’s drink without them noticing.

If you succeed, that person is deemed to have been ‘pennied’ and they have to down their drink in one.

While the game sounds fairly simple, there are a number of bizarre rules. For example, once you’ve been pennied, you can ask the person who pennied you what the date was on the coin, and if they can’t answer correctly they too have to down their drink in one. Likewise if you penny a drink that has already been pennied.

Exam stress gets to all students, but those at Carleton College find a bizarre way to cope with their stress. Every semester at 10pm on the dot, on the final night before exams begin, students stick their heads out of their windows and let out a howl of anguish and despair. After screaming their heads off, they go back inside and resume their exam studies as if nothing has happened. University traditions are a normal part of life on campus.

When you arrive at university, take some time to research its traditions and get involved – these traditions can be fun, exciting, and sometimes simply odd.

Shirtworks have worked with schools, colleges, and universities for many years. We are also an official supplier for NUS stores across the UK.

For information on our printing and embroidery services call 0800 072 5334. You can also contact us online.