The Value Chain Call To Action: A Response To Bangladeshi Trauma 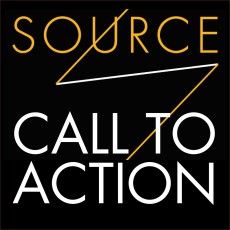 On the 24th April 2013 the Rana Plaza, an eight story commercial building in Dhaka, Bangladesh, collapsed. The accident has been viewed as the deadliest garment-factory in history as well as the deadliest accidental structural failure in modern human history. 1,190 people died in the accident with a further 1,900 people injured. The vast majority of these casualties were garment-workers with a high percentage of them being female. If certain guidelines and rulings had been in place, the accident would have been preventable.

Unfortunately this accident was not the first of its kind. In Bangladesh alone there have been other incidents of structural accidents leading to the death of many factory workers. The Tazreen factory fire killed over 110 garment workers as well ad the fire that tore through hteh dyeing mill outside Dhaka killing a further 10 workers. But there is something we can do to stop the risk of accidents such as these happening again.

The Ethical Fashion Forum covers a network of professionals, from both supply and retail, in over 130 countries with a total membership of approximately 15,000 people. They put out word for a possible Value Chain Call To Action tool and received over 300 responses from their educated members. The Value Chain Call To Action has been put together as an ongoing liaison tool between Ethical Fashion Forum members, fashion businesses, policy makers and industry stakeholders.

The document is split into two halves: Part One deals specifically with the short term actions relevant to Bangladesh and Part Two focuses on long-term goals that can be achieved by the fashion industry in a bid to create long-term economic sustainability from a broader perspective.

There are seven short term actions that are urged within Part One of the Value Chain Call To Action document.

1. Pressure is building for companies sourcing in Bangladesh to sign the international accord on fire and building safety since the tragedies detailed above. The Ethical Fashion Forum, War On Want, Worker Rights Consortium, Labour Behind The Label, National Garment Workers Federation in Bangladesh, the Clean Clothes Campaign (CCC), IndustriALL, Global Poverty Porject and many others strongly urge for the international accord on fire and building safety to be signed by any company that sources from Bangladesh. Thankfully over 150 companies have signed the accord but it is crucial that many others join in the fight for safety in the workplace.

2. There is a call for the Bangladeshi government to more effectively implement the National Tripartite Plan of Action on Fire Safety, in particular for the Ready-Made Garment Sector. This pressure is created by the AFL-CIO Solidarity Centre and Ethical Trading Initiative and is backed by The Ethical Fashion Forum and others. The Plan was adopted on 24 March 2013 but needs further implementation in order to achieve the improvement of occupational safety and health.

3. To achieve an instant improvement in health and safety in the existing garment factories across Bangladesh, investment needs to happen. The Bangladesh University of Engineering and Technology (BUET) claims that approximately three-fifth of the 4,500 garment factories in Bangladesh are structurally unsound and could collapse. The Value Chain Call To Action and its supporting network urge the Bangladesh government, the factory owners and the retailers to invest time and money to bring their buildings up to scratch.

4. It is important that short-term and long-term compensation is provided to the victims and families killed in the Rana Plaza collapse as well as other similar incidents such as the Tazreen Fashion Factory fire.

5. In addition for pressure on the Bangladeshi government for implementation and investment, the Value Chain Call To Action requests that the minimum wage for garment workers is raised to a living wage of approximately $120 per month.

6. In addition to health and safety aspects the Value Chain Call To Action attempts to provide autonomy and freedom within the factories by increasing support for the effective implementation of the National Action Plan (NAP) that allows garment workers to form trade unions.

7. Finally The Ethical Fashion Forum seeks to apply pressure on other governments to help the Bangladesh government in achieving their goals by pledging time, money and resources.

The following suggestions were outlined in the Value Chain Call To Action to encourage better sustainable economic and safety practice within the industry.

1. An improvement in traceability and transparency was highlighted as necessary to ensure each facet of the industry is aware of exactly where issues lie in the supply chains as well as how to monitor and manage them. In order for true functionality to show within the industry there needs to be an obvious, clear way of portraying good ethical practices. Whilst new tools for tackling this transparency have been created it is essential that brands, retailers and suppliers alike all bind together to encourage traceability.

2. In addition to this new transparency in business, it is crucial that the industry as a whole collaborate and coordinate better as a unit. This can be achieved through various online platforms that aim to keep brands/retailers, NGO’s, trade unions and others in touch and aware of any changes within the supply chain operations.

3. The Value Chain Call To Action document also highlights a need for better monitoring processes and a greater working environment. The Ethical Fashion Forum and its supporters are making a push for the implementation of initiatives that promote worker-centric monitoring and auditing processes. This could be through rulings that set up worker grievance mechanisms for example.

4. The greatest issue within the fashion industry is the pressure that suppliers are put under to provide materials at a low cost, as brands and retailers are constantly demanding large quantities, fast shipment and cheaper pricing. This problem could be easily solved with a better education on both ends of the spectrum. For example, buyers, designers and production teams need to be more aware of exactly how their purchasing practices affect the workers and learn to deal with a host of competing priorities and financial targets that should shape their purchasing decisions.

5. The above point leads into The Value Chain Call To Action’s plea for better decision making processes amongst managers with an aim to empower the value chains and increase a feeling of empowerment and creativity through ethical supply chain practices.

6. By rethinking the incentive structures and supporting, recognising and rewarding those stakeholders that go above and beyond the minimum compliance The Value Chain Call To Action believes it can inspire other brands and retailers to follow suit and change their ethics.

7. Fashion businesses and governments can hugely benefit by integrating the pillars of the ‘Protect, Respect, Remedy’ framework into their business practices and policies. The framework’s author, John Ruggie, states, “They’re benchmarks against which specific tools that are adopted by companies as a way they implement things can be measured by themselves and other stakeholders.”

8. From October 2013 the UK government required all companies incorporated in the UK to provide a report that includes the companies impact on the environment, as well as social, community and human right issues, to its shareholders and the public yearly. Legislations such as these create incentives for retailers and brands to operate more responsibly, sustainably and ethically both abroad and at home.

9. If companies were to use their business as leverage, it is likely that the ethics The Value Chain Call To Action aim to promote will be implemented faster and more successfully. For example the document states that, “After the Rana Plaza collapse, the CEO of H&M, Karl-Johan Persson, met the Prime Minister of Bangladesh, Sheikh Hasina, to press for an increased minimum wage and annual wage reviews for workers across the Bangladeshi textile and garment industry.”

10. This same leverage could also be used to ensure better buying practices and more responsible consumption. For the first time in history a government has implemented mandatory CSR spending for companies, Ethical Fashion Forum says, “One government policy approach has been adopted recently by India where Parliament passed a law requiring companies generating more than USD $78 billion dollars in profits to invest 2% of their yearly income into projects that support local communities and improve livelihoods.”