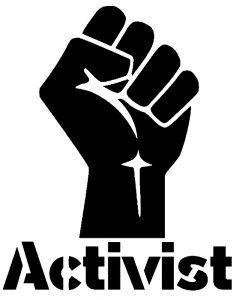 Back in 2017, we wrote an article about the protest t shirt.

The world seemed like a dangerous and unsettled place back then, with lots of demonstrations and general unease about a Trump administration.

Feminism was the loudest of agendas at the time.

It looked like a blip on the radar, in our otherwise ‘pedestrian’, socially mediated and stupefied lives; destined to burn out like everything does in the end.

But…fast forward to 2020 and with the benefit of hindsight, we can see that 2017 was a toddler and 2020 is the teenager of  social disorder. If life is cyclical and if we are watching a rerun of societal change that occurred in the late 60’s and early 70’s then we still have a decade of unrest and economic change until we hit the good times again and we can all chill out. 2030 can’t come quick enough.

It feels like we are on the brink of a neo-marxist revolution where power is seized by the mob, fascists are murdered in their sleep, free thinking and free speech are neutralised to create a society that is more homogenised, less inequitable and where everyone’s feelings matter…but wait…that just doesn’t work, does it?

If you try to create a society where you seek to eliminate inequity…then you flatten ambition…you destroy free enterprise…you castrate the entrepreneurs and you create a Soviet style economic paradigm and inevitable collapse that takes decades to unravel and blights millions of lives.

Anger might be the kinetic driver of social evolution but one must hope that those that are driving change are mindful that their agitations cannot be pointless and it must be carefully managed and handed to the right people who can use its power to affect the right kind of change. It takes a sustained energy to make a change and it requires us to stop electing greedy narcissists as our political leaders.

Unfortunately, the very people you need in politics are usually the very people who would rather gouge out there own eyeballs than enter the shark tank of narcissists and psycho’s.

What has this ramble got to do with T-shirts and your capitalist idea to make some money to feed your family?

Well, there is a saying in politics and war that ‘you must never waste the opportunity of a disaster’, and we are in an historical one right now.

Printed T-shirts love an opportunity…It’s not difficult to pick a cause, create or steal a slogan and print up some protest t-shirts. You can have these on your website, quicker than you can light a petrol bomb.

The problem you are going to face though, is selling them on Social Media.

If you try to sell anything on the Facebook or Instagram platform that contains a politically charged statement, you will be cut short…censored…neutered…unable to participate.

This is paradoxical because you will find plenty of  content containing violence, loads of inappropriate rhetoric and awful human beings with an axe to grind on these platforms.

In a modern open and free thinking society you will surmise that social media is the new ‘police’ of ideas, but is totally making a mess of ‘us’ because it is so confused about what it is.

At it’s heart, it seeks to stear us away from our animal instincts to pick a tribe and plant our flag… but at the same time it fuels your passion for tribalism and conflict and feeds off your desire to see this unfold on your little black screen.

It thinks it wants a vanilla utopia but really it knows it cannot exist in that ideal.

It wants to create a ‘community’ but it forgets that we all have different ideas about the community we want to belong to.

It offers you the smiling face of a service designed to bring people together but its algorithm looks for the things that divide us and it keeps feeding us divisive content. It’s so clickable…street beef.

It’s nice to be nice but that makes it so hard to get clicks. There are no inflamed ‘passions’ in ‘nice’.

Selling your protest t-shirts is going to have to be done with PPC on Google.

If you so a search for ‘protest’ t shirts you will find plenty of hilarious quips digitally printed onto that cheap cotton t-shirt made in a third world country.

If you getting all ‘political’ you need to make sure you are buying or supplying ethical t-shirts, especially if your audience is left of centre, which most protest t shirts are.

You need to be looking at these ethical beauties.

Organic t-shirts which have bee accredited by the Global Organic Textile Standard (GOTS) offer you a robust promise that these garments have been made in accordance with humane working practices in conditions that are sanitary and health regulated, with cotton that has not been grown using pesticides.

If you buy your printed garments from Shirtworks, and you specify that you need a fully GOTS compliant product then we will also print your garments with water based inks or GOTS approved plastisols.

You have a wide variety of options from hoodies and t-shirts, through to sweats and polo shirts

If you feel compelled to be part of any revolution, then it doesn’t hurt to be part of this one. The organic revolution is not angry. It will not burn shops and destroy property. It is as peaceful as Ghandi.

It’s nice to be nice.

Hit us up if you need help.