How The Carrier Bag Charge Has Impacted The Environment 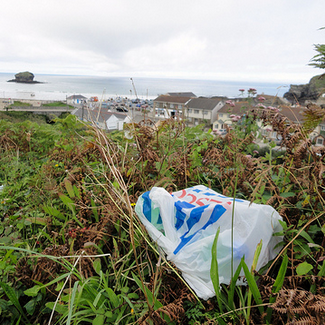 Since October 2011, retailers in Wales were forced to implement a charge of 5p on every carrier bag. This law included paper bags, as well as plastic carrier bags. The aim of this regulation was to change the habits of shoppers in Wales, in a bid to reduce the unnecessary consumption of carrier bags, and to encourage shoppers to re-use their existing bags.

There was some controversy surrounding this at the beginning, with critics arguing that it was unfair to force this extra charge on consumers. Critics of the law also argued that it would be impossible to enforce without extra funding to local authorities, and that they would need 100% cooperation with all retailers. However, despite the objections of some doubters, it seems that the scheme has been a resounding success.

As well as encouraging consumers to change their approach and to think proactively about the environment, the charges of carrier bags in Wales are channelled directly into charities such as RSPB and Keep Wales Tidy. According to an interview with The Guardian, John Griffiths – at the time, Welsh environment minister – said that the measures had raised over £800,000 for good causes that help the environment.

The fact that this law was not introduced as a traditional tax to boost government funds was seen as a major benefit, and arguably this fact has made it more acceptable for the general public.

The regulations have been monitored carefully since their implementation, and most commentators agree that it has been a successful project.

“I think we’ve got the evidence. It’s been quite clear it’s been a resounding success, and delivered on all the expected outcomes: far less litter in our streets and countryside, behavioural change and public support.”

The statistics do back up this viewpoint. According to the Liberal Democrats, Wales’ consumption of carrier bags has reduced by approximately 75%. According to the Welsh Government, support from the Welsh public for these measures has gone from 59% at the time of introduction, to around 70% afterwards.

This research also highlighted that 82% of people took their own bag to the supermarket, whereas before the charge came in, the figure was 61%.

Before Wales passed these measures, there had already been successful examples in other regions. Ireland had introduced a similar law back in 2002, and has reportedly raised over €200 million as a result. In terms of their environmental success, the levy has led to a drop from approximately 328 bags per person per year, to just 14. The Irish National Litter Pollution Monitoring System also revealed that plastic bags made up just 0.3 per cent of litter in 2012, in comparison to 5 per cent prior to the 2002 law. If accurate, this dramatic reduction in bag use will have a significantly positive impact on the environment.

In 2013, Northern Ireland implemented the 5p charge for carrier bags, with the proceeds used to ‘help communities, charities, businesses, schools and voluntary organisations to deliver local programmes to improve the environment for everyone.’

Scotland have already agreed to implement a similar charge, with approximately 750 million bags used in the country each year – the largest in the UK. Again, the regulations encourage businesses to donate proceeds to good causes – primarily ones that aid in helping the environment.

These laws are part of a wider intention to become a more responsible and sustainable United Kingdom. However, much more work needs to be done, and bringing the carrier bag charge to England would be a positive move. Despite Liberal Democrat support, plans have stalled.

Critics within the EAC (Environmental Audit Committee) suggest that the current proposals are too complicated, with some saying that the plans are a ‘complete mess’.

Citing the plans to exemptions to smaller businesses and food outlets, the EAC claim that these measures are too complex. In defence, Defra have contested that they do not wish to burden small businesses with the extra admin and cost. In support of the full measures, The Association of Convenience Stores said;

“We urge the government to listen to the recommendations of the Environmental Audit Committee and ensure that convenience stores are not left out of the carrier bag charge,”

The single use carrier bag charge is an example of how we can make real change in this country if we try hard enough. As waste tips became full of carrier bags and wildlife was continually being put at risk, the governments of Ireland, Wales, Northern Ireland and Scotland have taken action to ensure that it cannot continue.

The results of these new charges are positive across the board, and the public adapt perfectly to the changes in their shopping routine.

At Shirtworks, we are committed to an ethical and environmentally friendly supply chain. To read more about our approach, visit our Green Credentials page.