The Most Expensive T-Shirt In The World

One Man With Ridiculously Lavish Style 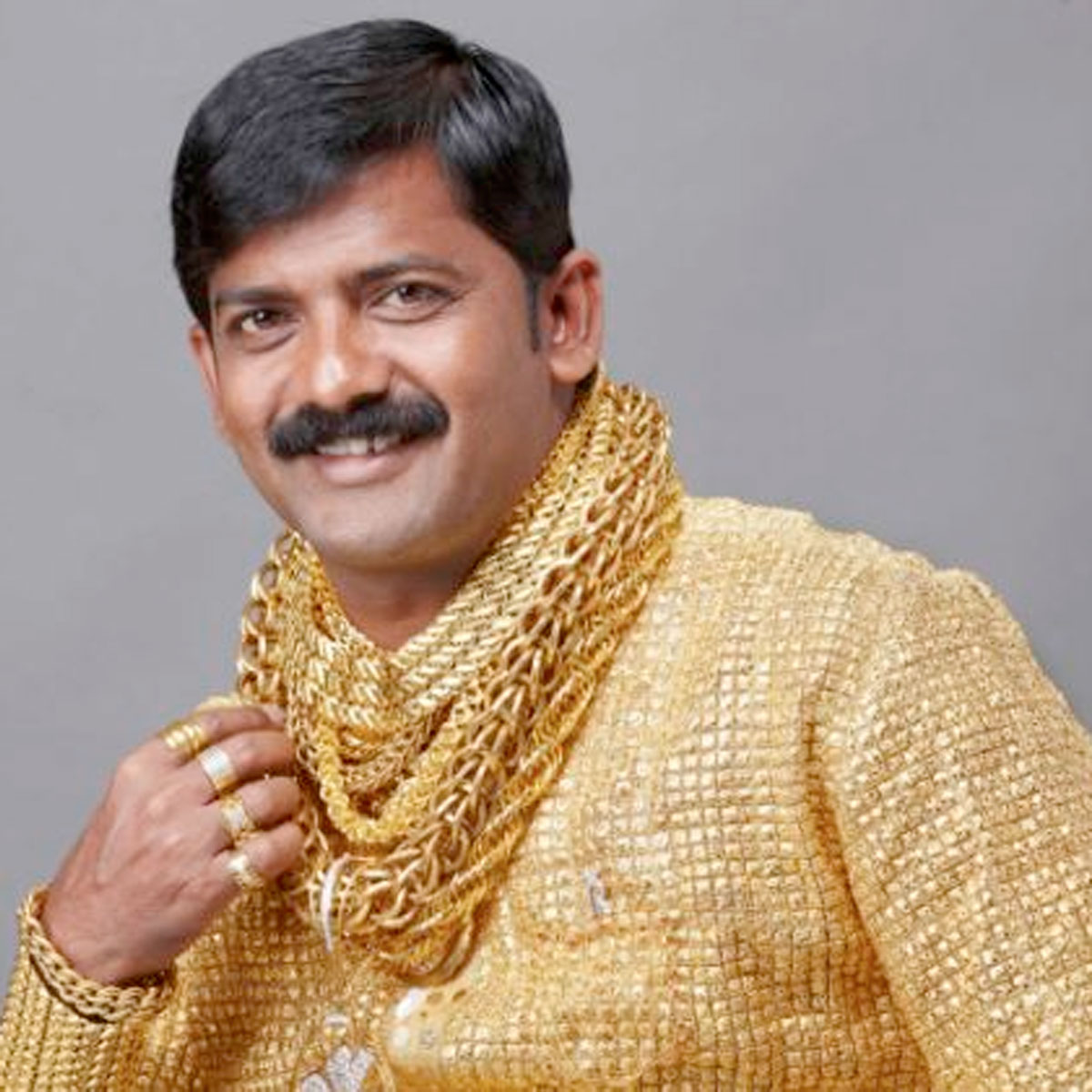 It is a long standing fact that India has a fascination with gold, and in the culture it stands as a symbol for prestige and power. As with lots of other countries across the world, many Indian men and women purchase gold to make a statement about their wealth and glamour.

Datta Phuge, also affectionally known as ‘the gold man’ shocked the world when he took fashion and flamboyance to the next level with his awe inspiring gold tshirt. A self confessed gold obsessive from Pimpri Chinchwad, just outside of Pune in India, commissioned a T-Shirt for himself that was made entirely out of gold.

The 133 year old company that Datta used created the item with fashion and comfort in mind. They used a gold cloth sewn in Italian weave as well as a soft velvet lining to ensure the top was easy to wear for Datta. The tshirt was created with a special machine and the design was inspired by historical Indian kings who used to wear large suits of armour.

The T-shirt clinks on movement and cannot be washed so it is very important that Datta Phuge takes care to protect it from sweat and dirt, which is easy to pick up. The shirt tooks fifteen days and sixteen people to make, weighs 3.3kg and cost a whopping $250,000 (approx £150,000). He has also had to hire a security guard to follow him when he wears the shirt, although he saves it for special luxurious occasions rather than wearing it daily.

Datta Phuge says that he has associated gold with success since he was in college and agrees that the T-shirt brings a huge feel good factor. He was not born into wealth so the items he wears provide a great sense of joy. Alongside the gold T-shirt Datta also adorns himself with large gold medallions, gold rings, gold bangles and a multitude of other gold accessories.

Every six to eight months when there is a profit margin in his company, Datta purchases gold. Against accusations that the gold T-shirt was created to impress women, Datta argues that he has a wonderful relationship with his wife Seema, who shares his natural attraction to gold. Seema herself owns 500kg of gold which includes gold bags and many gold necklaces.

Datta told the BBC, “People have different aspirations. Some elite people want to own an Audi or Mercedes and have big cars. I chose gold.” Despite this unique choice, Datta does in fact own five cars as well. He uses the tshirt as a sense of investment, stating that he knows he can sell it if he ever faces bankruptcy.

But is a 3kg gold T-shirt enough for the Indian bling obsessive? Of course not, Datta Phuge says his next aim is to own a pair of gold shoes or a gold phone, or even both!

If gold isn’t your thing, take a look at the T-shirts we have to offer that are highly customisable and definitely won’t cost you $250,000!