Sport in Oxford: A History

A Long & Established History of Sport in Oxford 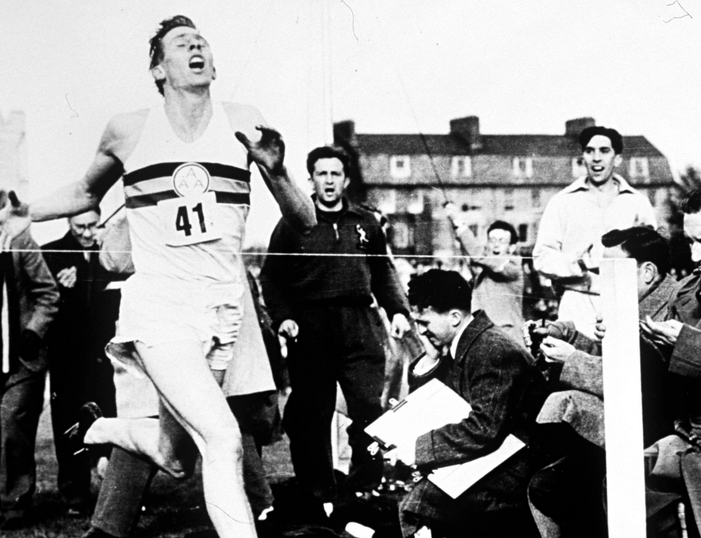 The city of Oxford can boast a rich sporting heritage, with many historic events and victories across numerous different disciplines to its name. Oxford owes much of its sporting success to its famous university, as the facilities and traditions there have supported its alumni in every endeavour possible.

Let’s take a look at some of Oxford’s greatest sporting achievements.

Perhaps the finest moment of all in Oxford’s sporting history took place on 6 May 1954. At the university owned Iffley Road running track, medical student Roger Bannister fulfilled his ambition of running the world’s first sub-4-minute mile.

Having come within 2 seconds a year before, and knowing that other runners – particularly Australian John Landy – were nearing the milestone, Bannister battled strong winds to set the record in front of 3000 spectators. That same season Bannister compounded that achievement by winning the 1500m (the so-called metric mile) at the European Championships in Bern before retiring from Athletics to concentrate on his work in the field of medicine.

In 1975 his contribution to sport in England, including his role as first chairman of the Sports Council, was recognised with a Knighthood.

While Bannister my be the most famous example, he’s not the only Oxford alumni to make sporting history. Many alumni have competed at both the summer and winter olympics respectively, but one Oxford graduate can boast the unlikely achievement of being the first to win gold at both. After winning a boxing gold in 1920 at the summer olympics in Antwerp, American Eddie Eagan went on to win a gold in the four-man bobsleigh at the 1932 winter olympics in Lake Placid. 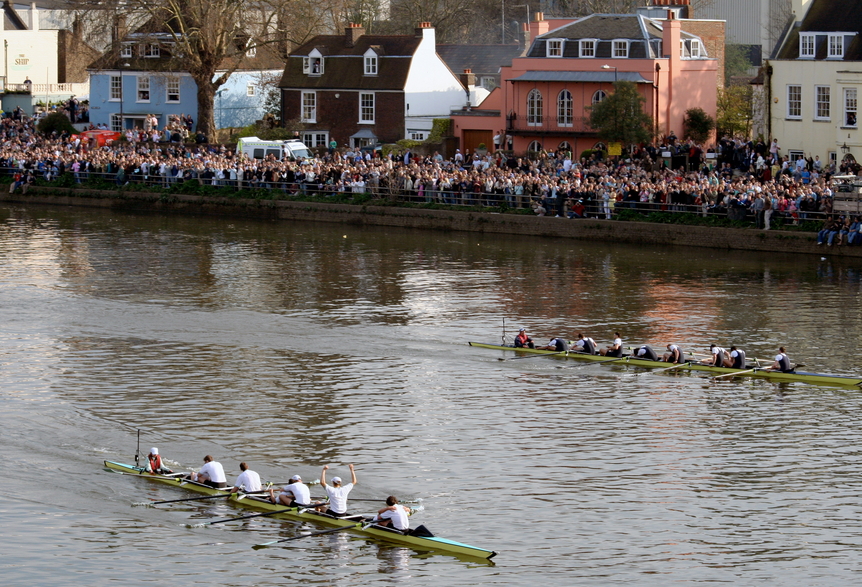 It’s almost impossible to talk about sport in Oxford without mentioning one of the world’s oldest races. The first annual boat race between Oxford and Cambridge took place in 1829 when two school friends from the rival universities challenged each other. 185 years later the boat race, first won by Oxford, now draws thousands of spectators and a worldwide tv audience each year.

Many Oxonian rowers go on to compete for Britain in the Olympics, including Pete Reed and Andy Triggs Hodge who were members of the gold medal winning coxless-four at the London 2012 Olympics.

The most recognisable graduate of the Oxford boat race team, two time winner Sir Matthew Pinsent, went on to one of the most decorated British sportsmen of all time.

The boat race isn’t the only sporting rivalry between Oxford and Cambridge universities. What started with an 1827 cricket match between the two sides has turned into thriving Varsity competition. Games are contested in over 140 different sports, with only the best competitors being awarded the highest honour for sporting achievement, the Oxford Blue. One of the fiercest of those rivalries can be found on the tennis court.

After the first match in 1879, Varsity tennis matches have been held at some of the highest profile venues in the country, including Wimbledon.

Continuing the esteemed tradition of sport in Oxford, it’s said that Oxford University Rugby Club is the oldest in the world. The club was founded in 1869, 15 months prior to the formation of the Rugby Football Union, by none other than William Webb Ellis himself.

The Oxford graduate is widely regarded to be the inventor of the sport while he attended Rugby school. So revered is he in the sport, the victors of the Rugby World Cup are awarded the a trophy bearing his name.

Oxford also has a fine tradition when it comes to England’s other popular ball sport. In 1874, Oxford University Football Club won only the 3rd ever F.A. Cup final with a 2-0 victory over Royal Engineers at Kennington Oval. They reached the final a further 3 times without success but the it would not be the only football victory for the city.

Oxford United, founded as Headington FC in 1893, hit their peak in the mid-1980s after winning the Second Division championship in 1985 and then the League Cup in 1986. The club currently resides in League Two, two leagues higher than their local rivals Oxford City.

Shirtworks have built an established reputation in the Oxfordshire area for providing printed and embroidered sports kits – operating within an ethical supply chain. For more information about this, get in touch by calling 0800 072 5334.