Softshell Jackets – From Hiking to the High Street 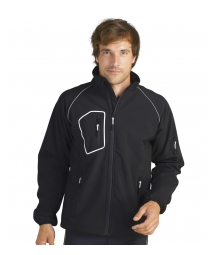 Softshell jackets are becoming increasingly popular on Britain’s high streets, and we are seeing increased interest in our range of outdoors clothing. With the recent popularisation of health, fitness and sports amongst those of all ages (due in part to the London Olympics, and upcoming Winter Olympics), activewear is experiencing a rise in popularity and many brands are booming as a result.

Although the weather in the UK is quite often not the best, we have acquired an obsession with outdoor pursuits. Our incredible countryside attracts tourists from across the globe, and encourages us to get out there walking, hiking, climbing, and cycling. Britain is home to some of the most stunning mountain ranges in Europe, including the Brecon Beacons, The Peak District, The Pennines, Snowdonia, and The Grampians – among others.

According to The Guardian, the last few years have seen a huge surge in popularity of National Trust walking routes, with an increase of around 40% on downloads from the National Trust website. As well as hill walking and hiking, the UK coastal regions are also incredibly popular. With plenty of amazing coastal walks around Britain, people are attracted by the wildlife and scenery in these most beautiful areas of the country.

As a result of this obsession with the outdoors, popular brands have emerged and flourished in the British market recently. Companies such as The North Face, Regatta, and Jack Wolfskin are now competing extremely well in the market and you can see their products everywhere on the high street as well as up mountains and along coastal walking paths. Although many of these brands have a long and established history, their outdoor activewear is now more popular than ever.

People are becoming more active in general, and the Olympics in 2012 had a massive impact on participation in sport across the UK. In the months after the Summer Olympics, reports suggested that there were approximately 750,000 more people playing sport in Britain. Coupled with an increased awareness about health and fitness, this means that more people than ever are getting out and about. Although the initial boost from the London Games has dwindled slightly, participation is still up compared to before the Olympics.

The upcoming Winter Olympics in Sochi, Russia, will further boost the popularity of winter sports. Skiing, Snowboarding, and Ice Hockey are typically the favourite sports at the Winter Olympics, and have a massive following worldwide. Skiing and Snowboarding jackets are also popular styles.

Not only are softshell jackets warm, comfortable, and practical – they are also in trend and extremely versatile. Whilst many softshell jackets can protect you from the harsh weather conditions out on a hike, they don’t look out of place when you are at the local supermarket or walking down the high street. The popularisation of activewear means that a softshell jacket can be an extremely useful thing to own.

For more information about the printed and embroidered softshell jackets that we offer at Shirtworks, have a look through our collection and contact us if you have any enquiries by calling 0800 0725334 or getting in touch online.